The PD_Pal project is to validate a new model of palliative care, which could be easily integrated with traditional Management when disability limits mobility and independence. Part of developing new standards for palliative care in Parkinson's Disease is to make high quality palliative care education accessible to healthcare professionals as well as patients and caregivers.

A new evidence based curriculum toolkit has been released to improve the care for people with Parkinson's Disease and their caregivers.

The first version of the toolkit was largely based on results of a recent, relevant survey conducted among European palliative care educators and clinicians. The evaluation of the resulting training content and course modules which demonstrated performance gain on all items considered as well as the assessment of palliative care education related recommendations and publications and the results of previous projects on education for Parkinson’s led to the first version of the curriculum. Feedback for this first version was collected and analysed from Greek Neurologists.

Then the needs of patients with Parkinson’s, of their caregivers as well as of the healthcare professionals involved in the management of patients in the advanced stages of the disease were further analysed with a targeted literature review in order to confirm the topics included in the curriculum and complete it as needed.

After this comprehensive literature review the second version of the curriculum toolkit was drafted that was further assessed by the leading experts of the consortium from the International Parkinson and Movement Disorder Society (MDS), the European Association for Palliative Care (EAPC) and the European Academy of Neurology (EAN) task forces on palliative care in Parkinson’s, during both physical and virtual consensus meetings. The third version of the toolkit was consequently released, and it was evaluated with an online survey involving 27 consenting, according to GDPR provisions, experts on the field.

The analysis of the online survey findings led to the final curriculum toolkit, which will serve as a based of PD_Pal Massive Online Open Course soon freely available on edx.org 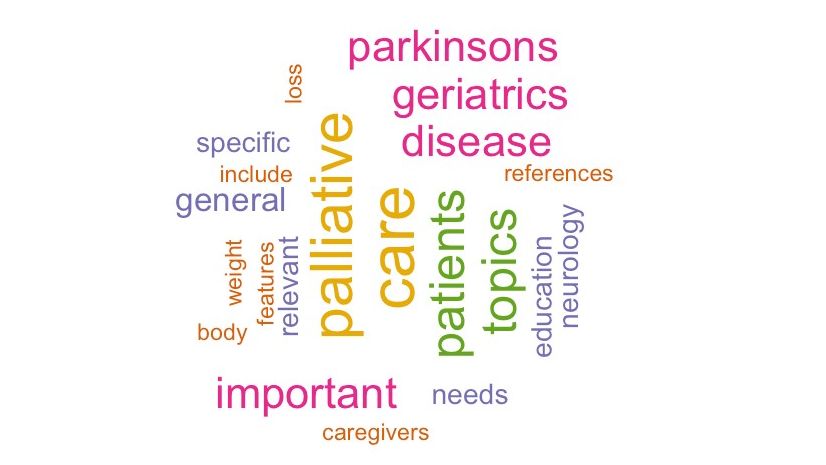